News & Events > A Word of Introduction to George’s Grand Tour… and a Few Memories.

A Word of Introduction to George’s Grand Tour… and a Few Memories. 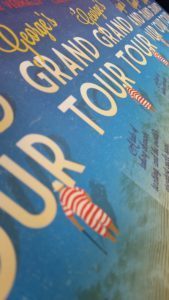 George’s Grand Tour is the heart-warming story of how two old men from a small village in Poitou go on a road trip and how one of them – George – learns to reconnect with his estranged 22-year grand-daughter Adèle via text message. Many readers have asked me whether it is at all autobiographical. It is not.

First of all, when I was Adèle’s age, mobile phones were science fiction. Even now, I can’t bear to write in abbreviated SMS language. I also don’t personally know any octogenarians who followed the route of the Tour de France in a Renault. Finally, I never ceased to be close to my grandparents; more importantly still, I never doubted how lucky I was to have them in my life.

So an autobiography it is not. Yet, as I read this funny little book again now, 6 years after writing it, 6 long years where I lived without the grandfather who inspired it, I realise how profoundly close to me this first novel was.

George’s Grand Tour is a tribute to my grandfather who was not called George at all, but Marcel. He was not the tall, gangly, grumpy old geezer that fictional George is – that’s more like my other grandfather, André, who lives near Paris.

No, Marcel – or Grand-Père, as he wanted us kids to call him – was a short and stocky man, with baggy blue jeans and suspenders and white sneakers and a tweed cap and cardies knitted by my grandmother. His hands told of his life as an abattoir boy turned successful butcher and gave larger-than-life handshakes. He sang all the time and had a blond moustache that was so rough that we winced when he kissed us.

The Tour de France as a sporting event never really interested me. But, when my brothers and I stayed at my grandparents’ for the summer holidays, we knew the Tour was on when the TV was loud and an air of masculine camaraderie filled the house. There were friends, farmers, cousins, neighbours and more than a few earthy oaths. The conductor in this boisterous affair was my grandfather, the shortest of them all, and by far the merriest. For me, the Tour de France is not about yellow shirts or a race against time, but rather the memories of slow and happy days and the summery flavour of togetherness.

Marcel survived a World War, two heart attacks and the tricks of my prank-loving grandmother, whom he still adored after six decades of marriage. But when I started to write George’s Grand Tour, we all knew he was dying.

You might expect the book to be sad, but it’s not. It’s a testimony to how optimistic and joyous my grandfather was that even in these painful times, what I felt compelled to write was a light-hearted comedy. He died a few weeks after I finished the manuscript. He never knew I was writing it.

He always said he didn’t want us to wear black at his funeral. When the time came however, no one was in the mood to wear any shade other than somber. It took strength and faith and a hell of a lot of chutzpah, but in the end I wore canary-yellow… and suddenly there was hope in the air. That’s his legacy, right there.

Now George’s Grand Tour has been enjoyed by a few hundred thousand people, all over the world. It’s been recommended as a teen novel and is read out loud in old people’s homes. Strangers have come up to me to tell me about the calls they made to their grandpa or grandma after closing the book. Even more have written to me to say how it brought up fond memories of their grand-parents, how they wished they had been around a little longer, how they missed them so. 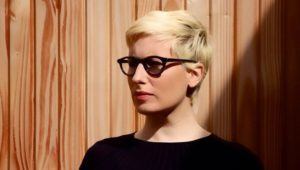 of it. He would have marvelled that such a little story set in such a little place would have found its way into the bigger world. Then he would have asked me to join him on a walk through the tranquil fields of Poitou, and would have told me, gently, to try not to take myself too seriously now, okay?

So here I am, introducing to you George’s Grand Tour, my first novel, not an autobiography but a tribute to those who inspire us to seek canary-yellow-tainted hope in dark times. If you do enjoy this book, don’t wait: pass it along to your mum, grand-dad, daughter, husband, or anyone special.

Trust me. It was meant to be shared. 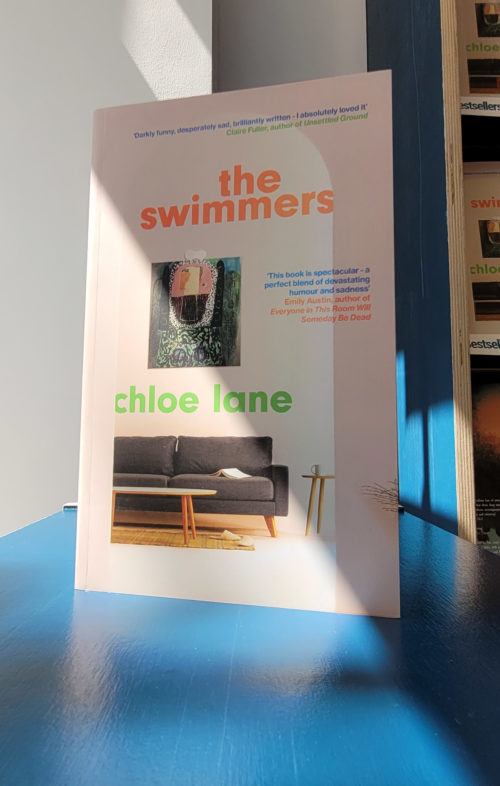