News & Events > Pascal Garnier in his own words

Pascal Garnier in his own words 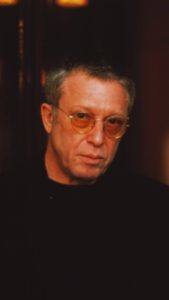 Pascal Garnier, who died in March 2010, was a talented novelist, short story writer, children’s author and painter. From his home in the mountains of the Ardèche, he wrote fiction in a noir palette with a cast of characters drawn from ordinary provincial life. Though his writing is often very dark in tone, it sparkles with quirkily beautiful imagery and dry wit. Garnier’s work has been likened to the great thriller writer, Georges Simenon.

In an article for his French publisher, Zulma, Garnier described what led him to become a writer:

According to my birth certificate, I was born on 4th July 1949 in the 14th arrondissement of Paris. I can’t say I remember the event, but let’s assume that’s how it happened. Afterwards came a normal childhood in what you’d call the average French family – which felt more and more average the more it dawned on me that I’d been sold a world with no user’s manual, lured in by false advertising. When I was about fifteen, the state education system and I agreed to go our separate ways. I’d had enough, I was suffocating, convinced that real life was going on somewhere else. So off I went in search of it. In those days you could still travel freely through North Africa, the Middle and Far East. With my head in the clouds, I roamed about for a decade or so until I came to see that it really is a very small world and, being round, you always end up back where you started.

Deep down, I harboured a wild dream of writing something longer, something like a book.

That’s when the wife and baby came along. All around me, the faithful companions I’d met along the way were nestling back into their kennels, burying their dreams and delusions like bones to gnaw at in years to come when they were old and toothless. Rebelling against such mass surrender, I threw myself into rock and roll – and landed with a resounding thud. I was no better at being a pop star than I was at being a dad. Still, it was writing my pitiful ditties that gave me a taste for words. Deep down, I harboured a wild dream of writing something longer, something like a book. But my limited vocabulary, terrible spelling and hopeless grammar seemed like insurmountable obstacles. So I got divorced, remarried, dabbled in design for women’s magazines, took on odd jobs, got up to the occasional bit of mischief. In short, I was killing time, frittering my life away. The boredom of my childhood numbed me once again with the sweetness of a drug. I was thirty-five.

You can only escape if you’re imprisoned, which to some extent I was. I had no choice: my only way out was through a blank page. Slowly scraping along, I dug myself out through a corner of the kitchen table, and as I tunnelled my way up to the surface, I filled the hole within myself. One short story, then two, then three… And then one day I had a publisher on the phone, and not just any publisher, but POL. A collection of twelve short stories was published under the title ‘L’année sabbatique’, ‘A year’s sabbatical’. After that, another sixty-odd books were brought out by several other publishers: books for children, books for adults, books labelled as noir or white, whatever – I’ve never been interested in that particular apartheid. So there it is, a bit muddled I’ll admit. I write because, as Pessoa said: ‘Literature is proof that life is not enough’.

See all books by Pascal Garnier