News & Events > Romain Slocombe: the myth of French Resistance and why the ugly discourse of the 1930s lives on

Romain Slocombe: the myth of French Resistance and why the ugly discourse of the 1930s lives on

To mark the publication of harrowing wartime novel Monsieur le Commandant, we’ve filmed an in-depth interview with author Romain Slocombe, covering the personal, historical and literary inspirations behind the book, the reasons for including scenes of graphic violence and extreme anti-Semitic vitriol in the mouth of his narrator, and how 1930s anti-immigrant rhetoric continues to be echoed today.

The novel appeared in France as part of a series of books written in letter form for Éditions NiL. Most of the other authors invited to contribute to the collection addressed letters to family members and people they had actually known. Romain Slocombe was one of the few to choose to write a work of fiction: a confessional letter from French Academician and Nazi sympathiser Paul-Jean Husson to his local SS officer in the autumn of 1942, confessing his illicit passion for his daughter-in-law. That said, he drew heavily on his own discovery of his mother’s hidden Jewish ancestry and the anti-Semitism of his paternal grandparents, whose letters described their attempts to ‘cure’ the grandchildren of their supposed inherited Jewish traits; a wish expressed in turn by the protagonist of Slocombe’s novel. Slocombe was interested in the fact of ‘people on both sides pretending something did not exist’. Having done a great deal of reading and research around the period of the Collaboration, it was natural for Slocombe to write his story in the form of an epistolary novel since denunciation letters were so common in France at that time; around 3 million of them were discovered in the offices of the Gestapo after the liberation.

After working for many years as an illustrator before moving on to write crime novels, Slocombe’s experience of writing noir really comes through in the second half of the book, when, as the narrator has forewarned, the letter ‘will undoubtedly degenerate gradually into a painful confession’. This includes an account of a scene of the torture of two Resistance members which verges on the unreadable. What were Slocombe’s reasons for including it? ‘If I had really wanted to be completely graphic and completely realistic, I think what I would have written would have been even worse.’ While reading true accounts of the acts of the militia, Slocombe had been utterly horrified. ‘At least by writing a few pages more than what is usually accepted, I would convey that feeling to the reader. I thought that I was almost morally obliged to do so as a tribute to all those martyrs who gave their life for the liberation of France.’

Much of what is included in the book, from the documents at the end of the novel to the opinions quoted by Husson in support of his pro-Nazi arguments, is taken word-for-word from contemporary newspaper articles. The anti-Semitic language is ‘absolutely authentic; I haven’t invented anything – I would have been unable to.’ Some of it comes from well-known writers of the time, some of whom have been forgotten, others still highly regarded. ‘Personally,’ says Slocombe, ‘I think authors like Céline are rather horrible characters, and in a way their inner ugliness does appear inside their style. But I don’t think that I as an artist have the right to judge another artist.’

In the documents (some real, some imagined) that follow the letter in Monsieur le Commandant, included to let the reader know the fate of the characters and to pan out after 200 pages inside Husson’s warped mindset, there is an interview with a former member of the Resistance, who asserts: ‘It wasn’t just the Gestapo! Personally, I consider the broadcasters, speech-makers, journalists and politicians to have been far more criminal than the worst Gestapo filth’. Does Slocombe agree? ‘To me it seems quite obvious that the real ones responsible for torture, dictatorship, fascism and all that are the people who give the ideas to people’. There will, he says, always be people ready to take part in violence, but it is the intellectuals who hold the moral responsibility, even if they emerge without blood on their hands.

Slocombe points out that, following the period of revenge and retribution in the immediate aftermath of World War Two, a veil was drawn over the whole period. ‘A sort of legend began, of France having resisted. Even the most peaceful looking Frenchman was in fact a hidden member of the Resistance, and people who collaborated were in the minority’. This myth was upheld by Gaullists and Communists alike, since it suited them both; but ‘it wasn’t as beautiful as that’. Slocombe sees the Occupation of France as being possible to divide into stages. In the first phase, perhaps 80% of French people supported Maréchal Pétain, relieved he had signed an armistice with the Germans and ‘it was all over’; the recent wounds of World War One had left them with no particular urge to fight on, and they were convinced the ‘Victor of Verdun’ would see them through another painful period. It took some time for it to sink in that in fact the war wasn’t over. Ultimately it was the deportation of thousands of young French men to forced labour camps in Germany that really strengthened the Resistance.

Slocombe’s novel may be a sobering reminder of a period in French history, but sadly it is equally resonant today. While writing his novel, Slocombe encountered the re-emergence of ‘a very ugly side of the French character and French politics’ in then President Nicolas Sarkozy’s ‘crusade’ against the Roma community, ‘as though they were responsible for all the problems in France, which was of course absurd’. Slocombe was by no means alone in reacting with disgust; Sarkozy’s hopes of vote-winning by adopting the rhetoric of the far-right backfired massively. Slocombe points out that the discourse of the 1930s was not only anti-Semitic but anti-immigrant, anti-poor, anti-dark-skinned, and Sarkozy was ‘stirring up the same mud’. ‘For me,’ he concludes, ‘it was important to make a statement against it’. 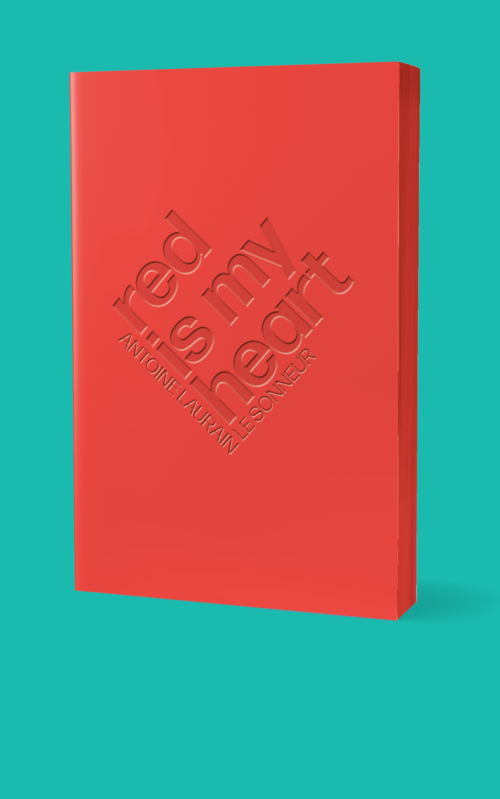